Open Kitchen Vilnius (and later on Kaunas) was kind of a life-changing event and project for me. It came to me unexpectedly, it took a lot of time and effort, but together with the team, we created the event that became part of Vilnius city during the summertime.

Open Kitchen was a street food festival, where restaurants and food trucks gathered to one place every Friday – Tymo Market in Užupis, one of the most charming districts. Music, good food, chill atmosphere grew this project exponentially.

I joined the team in 2015 and built this project for 2 years. In 2016 we also launched Open Kitchen Kaunas. Open Kitchen Vilnius continued until 2020.

In the beginning, I was responsible for everything so the event would happen – starting with restaurants, ending up with sponsors, and most of the administration. 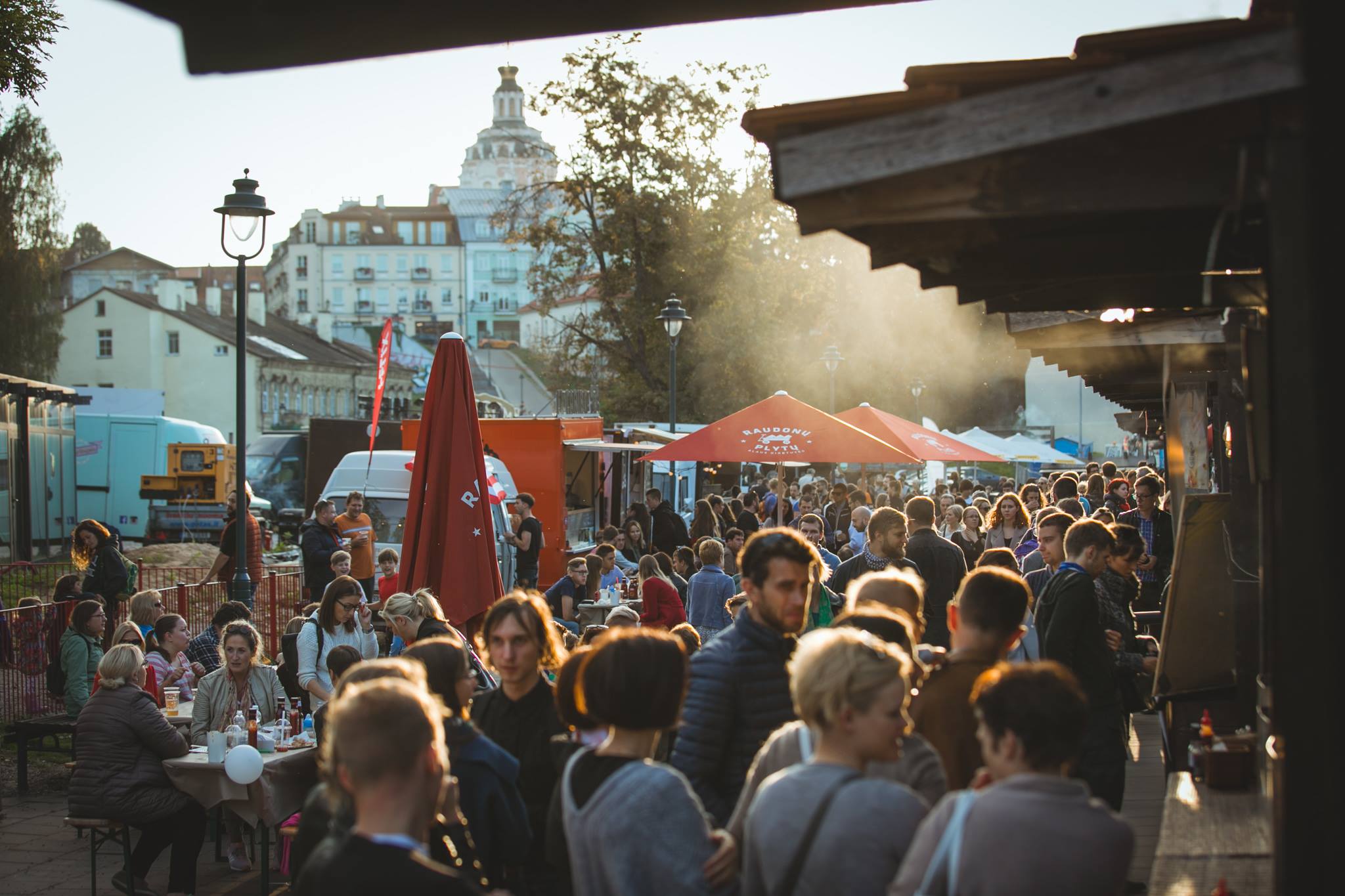 It was very hard work, but worth every minute I put into it. It made me grow, cry, go crazy, but also gave a lot of experience. Together with the team, we were learning by doing mistakes, as no one did this kind of event before. At the end of the day – it was great success and most important – people enjoyed it.